Crazy Client of the Day


Some of my computer clients ask me to do the simplest things, like download a file from the web.

That’s what this client said she wanted.  She’s an out-of-towner, so she brings her computer to my house.

She asked what time she could bring her computer over. I told her 9 AM.

I told her I’ll be back from my morning errands and dog walking at 9 AM.  I’ll need to leave at 9:30 because I have a 10 AM appointment downtown. If she brings the computer over at  9 AM.,  that will give us half an hour to start the download.  Once the file starts downloading, it can finish by itself.  She also had to be downtown, so she said this would work.

At 9:20, I emailed her telling her that there was no longer time to start her download and we’d have to reschedule.

At 9:28, she arrived.  No, she didn’t know the name of the file she wanted, or the URL where I could download it. She didn’t understand why I wouldn’t reschedule the rest of my day in order to get her file, now.  But she’d email me that information in the afternoon.  She left her computer in my living room.

She did send the email.  It detailed a multi-step process.  The file was a computer program from her job.

The email said she needed to log into the website from her work computer, enter her home email address and pay a fee with a credit or debit card.

She would then be sent an email to her home email address with the download link.

I emailed the client back – there’s nothing I can do for her until she has the email with the download link.  Her job is in another city.  I can’t log in for her from her job.  I don’t even know where she works.

She has not replied to my email – but maybe she can’t.  I have her computer.  She’ll be by tomorrow to pick it up.  She is going to be unhappy that I have not performed a miracle.
Posted by geezer-chick at 9:30 PM No comments: 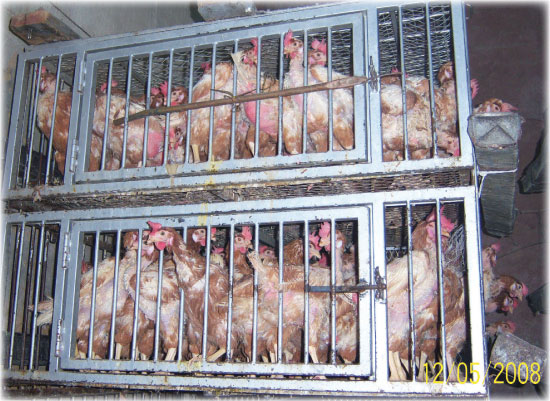 Our local library offered a free vegetarian cooking demonstration – which means watch us cook and get a free meal.

My husband, the alien, and I went.  It was a sales pitch and we came home with the “wrong message.”

Her answer was to become not just vegetarian, but vegan.  She won’t even eat honey.

The dish of the evening was gumbo made with vegan imitation sausage and vegan imitation fish. It was okay.  I was surprised that these vegan purists cooked with white flour.  Why not whole wheat? The main thing I learned was that gumbo file is really ground sassafras.

I also learned that Whole Foods has a meatless Monday program.  For $8 you can put as much food as you can fit on a plate and take it home.  This Monday they had a delicious chili made with ground mushrooms instead of meat.  They had dolmathes and several delicious salads and a fake chicken that wasn’t half bad.  I managed to put enough food on that plate for the two of us and have leftovers for a 2nd meal.

By the time we ate, we’d seen so many photos of cooped up animals, I knew I never wanted to eat such miserable creatures. They must be full of adrenaline.  But I was not convinced to become a vegan or a vegetarian.  Instead, I decided it was worth the extra money to get free range eggs and free range meat and chicken.

Yes, this will mean eating meat less often, but we eat beans and grains anyway. And meat can be spread out with more veggies to make more meals.

Those imitation meat products don’t taste as good as the real thing and they cost more.  So, compared to that kind of a vegan diet, I’m saving money.

I’ll be putting ground walnuts in my next lasagne.  Nobody will know the difference.


Several times a week, I hang up on folks who call claiming to be Dell Technical support. They claim to know some nonsense about my having an infection in my computer that isn’t a virus and can’t be caught by my antivirus program, but that this mysterious person has managed to detect without even knowing what kind of computer I have.

But this time, the caller didn’t feel dishonest. And I had written to Dell about when to expect delivery on my new computer.  FedEx hadn’t logged it in for 5 days, and it had missed its expected delivery date.  So, I asked the caller, “Are you really from Dell or are you trying to sell me something?”

I know. Dumb questions.  So, of course he said, “I’m really from Dell.”

I asked, “Why are you calling?”  He said he was calling in response to my email.  Dell Technical Support really does make phone calls.

He didn’t know about all the fake Dell phone calls.

He didn’t know any more than FedEx did about where my new computer was hiding.  But if FedEx didn’t find it in the next day or two, he’d authorize a trace.

Within minutes of delivery the next day,  Dell Technical Support called to ask if it worked.  I hadn’t even opened the box yet. I promised to email them when I had it up and running.

I used to think happily about how nice a new fast computer with new capabilities would be.  But that maxed out about a decade ago.  Now, a new computer means I have to find all my backups and program disks and restore them to the new drive.

And before I can do that, I have to uninstall the programs on the old drive so the license will be free for reinstallation.

My hard drive is dying.  The registry is corrupt.  Uninstall doesn’t work.  I found a Mr. Fixit program on the Microsoft website that did manage to uninstall most of my programs.  BUT, it didn’t send word to the companies, so when I reinstalled, the programs said I had already used my license.  Now, I have to phone the companies, and talk with bored humans who must spend all day listening to 36 digit registration codes.  This is not going to be an easy or short process.

I’m hoping my dying hard drive lives long enough to finish this process.  I am buying my old computer a new hard drive to give it years of more use.  But this computer eats hard drives at least once a year, and it is now out of warranty.

At least Chrome browser remembers my passwords and my bookmarks.  And I no longer have email on my hard drive. Some of the drudgery of moving to a new computer is gone.  But I have files going back to 1983.

In fact, I have things on my hard drive that I don’t care about any more. Funny and beautiful videos friends sent me in emails.  Audios of webtalks that I never want to hear again.
Picking which files go into my new computer is like cleaning out my file cabinet.   Will I regret throwing that out?  Will I regret keeping it around?  Looking at my hard drive is both a record of my creativity and my time wasting.

Everybody acts like having things neat is supposed to be easy. I’ll probably wind up keeping things I’ll never look at again.
Posted by geezer-chick at 3:40 PM No comments:

Last week I went to the Constitution Center to hear Dr. Danielle Allen of the Princeton Institute of Advanced Studies discuss her latest book, Our Declaration: A Reading of the Declaration of Independence in Defense of Equality. She says, “In just 1,337 words, the Declaration changed the course of the modern world, but it is now rarely read from start to finish.”

“When in the Course of human events, it becomes necessary for one people to dissolve the political bands which have connected them with another, and to assume among the powers of the earth, the separate and equal station to which the Laws of Nature and of Nature's God entitle them, a decent respect to the opinions of mankind requires that they should declare the causes which impel them to the separation.”

Her most fascinating point is that the Declaration uses the phrase “separate and equal.”  She considers the racist phrase that was popular for so many years “separate BUT equal” to be a corruption of the Declaration’s meaning and intent.

Dr. Allen came to her passion for the Declaration at her childhood dinner table where her parents read it sentence by sentence and discussed each phrase.

When she found herself teaching reading at a community center, she chose the Declaration not only because she loves it, but also because it is short.  She thought her students would not object to the time it takes to read.

But, when she came to class, almost nobody had read it.  Her students didn’t see why it was relevant to them and to their lives.  She found that these adult students responded when she read it to them sentence by sentence and discussed it phrase by phrase, as she had originally learned it.  No one is too old to learn from this document, but slow reading is the key.

Dr. Allen went through parts of it during her one-hour talk.

For example, why did the writers say, “when in the course of human events” instead of “here’s what we are doing”?  Dr. Allen explained that preambles were important in the early days of our country. They were intended to show the philosophy of the document.  The Declaration was to take its place in the flow of time, not just pop out of nowhere.

Now, on July 4, I’m looking for a place to attend an oral reading.  I want to keep this document alive, in all its separate and equal phrases.
Posted by geezer-chick at 2:08 PM No comments: